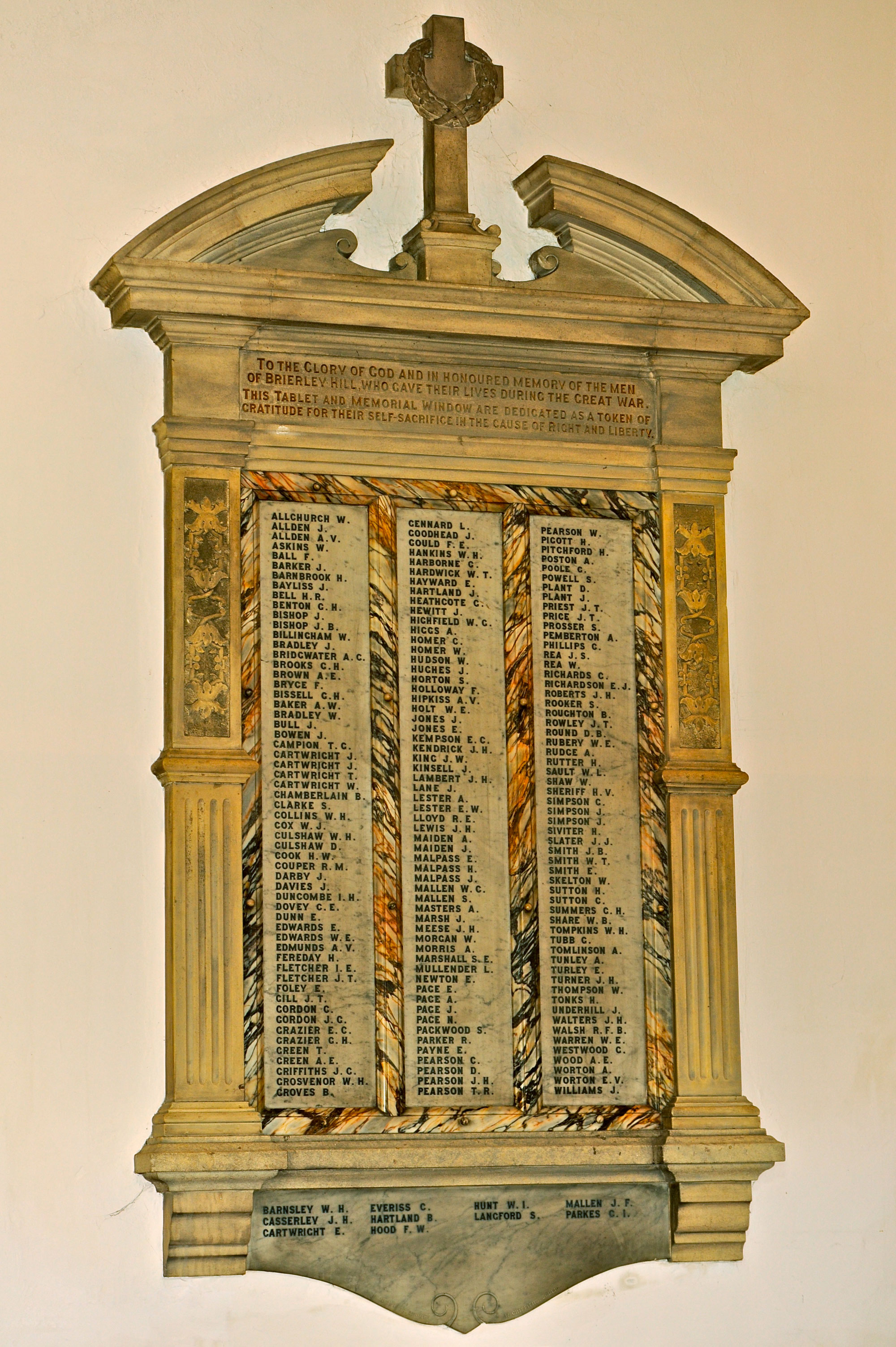 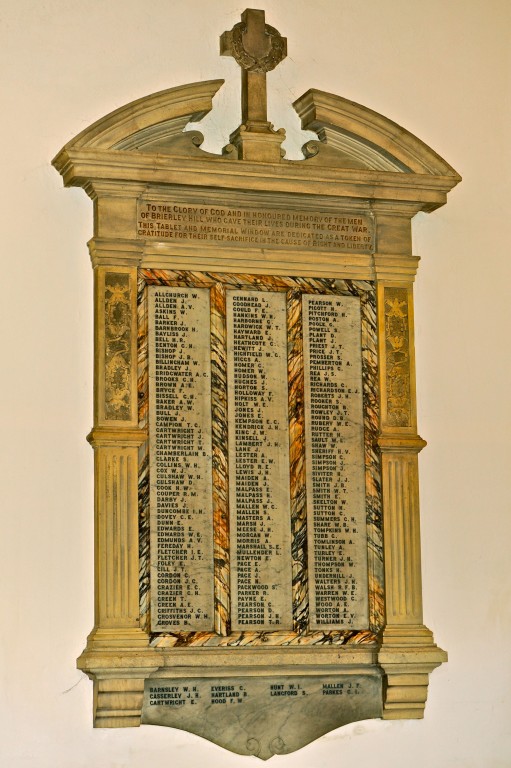 Brierley Hill was an Urban District with a population numbering 12,263 in the 1911 census. The Memorial was based on a design by Councillor J T Fereday and filled out by Francis Lane, a local preacher and industrialist. The sculpture was carried out by George Brown and Sons of Kidderminster and it was unveiled on the 12th November 1921 in a striking location near St. Michael’s church, overlooking a view to the Clent Hills. It consists of a square column on a stepped base with the names of 203 men on three faces.

IN GRATITUDE & ADMIRATION THIS MEMORIAL WAS ERECTED

IN THE GREAT WAR WHICH LASTED FROM

THEIR NAME LIVETH FOR EVERMORE 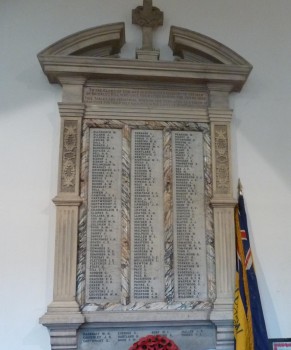 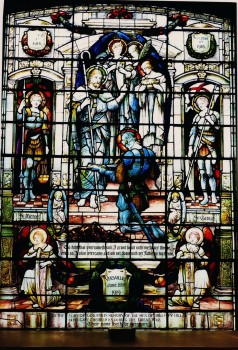 Brierley Hill St. Michael's is one of 87 memorials listed within our site. You can search for other memorials by entering your Town, Street or Post Code into the search box below: