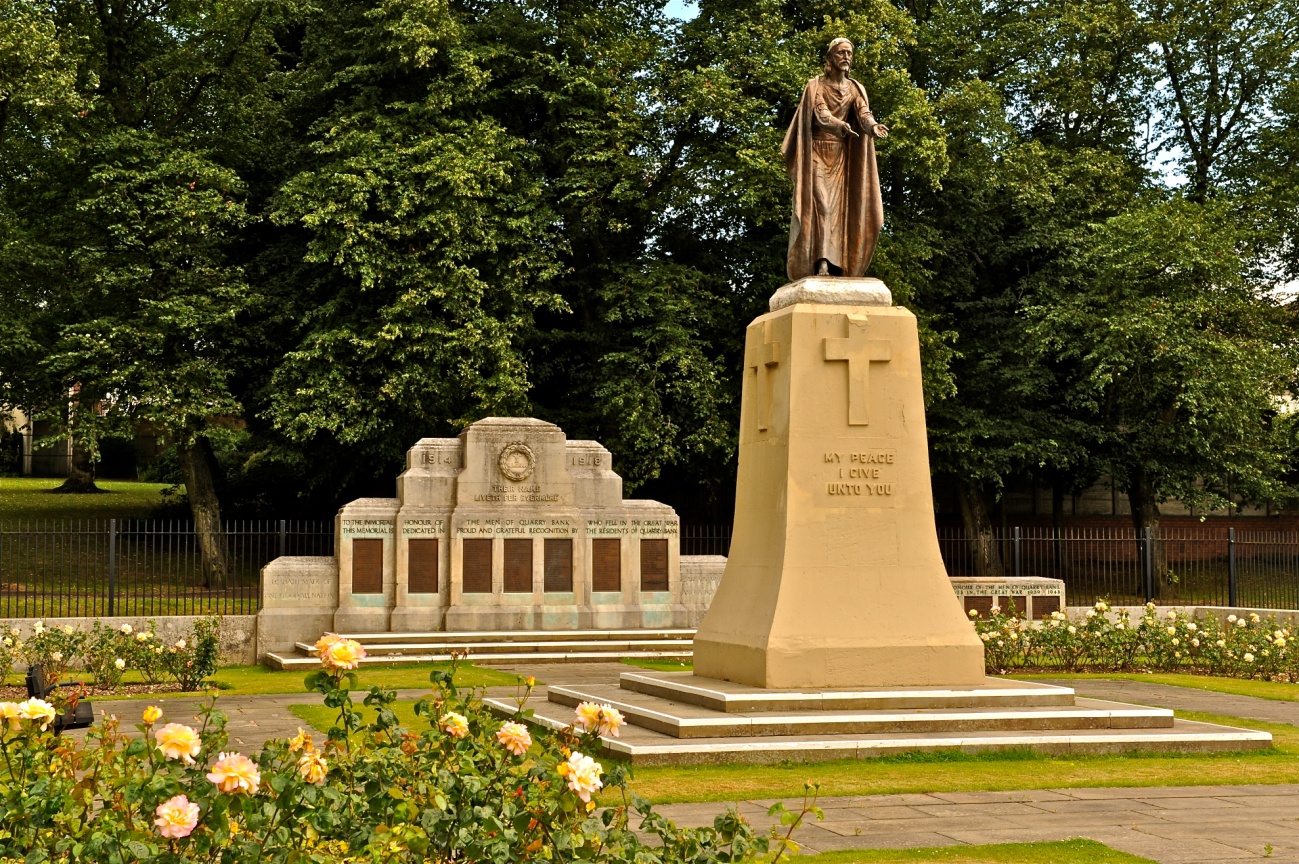 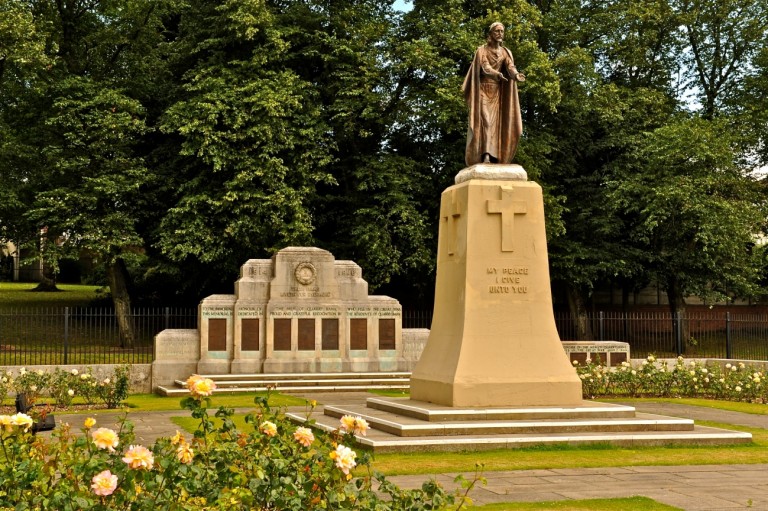 The Quarry Bank Memorial stands in Stevens Park, which was donated in 1922 to the people of Quarry Bank by Ernest Stevens, the local industrialist who produced ‘Judge’ ware. The earlier War Memorial at Christ Church, Quarry Bank, was sited inside the church and difficult of access on Remembrance days. Ernest Stevens was responsible for most of the cost of the new memorial and for its designation as a Peace Memorial. Facing the memorial is a large figure of Christ with hand raised in blessing and peace. A low wall – now with railings – surrounds the garden which marks out the whole site. At the top of the memorial is a wreath, inscribed ‘In Memoriam’, and ‘1914 - 1918. Below the wreath is:

THEIR NAMES LIVETH FOR EVER MORE

The main inscription is placed above the seven plaques which carry the 147 names:

The inscription on the plinth on which the figure of Christ stands is:

MY PEACE I GIVE UNTO YOU

On another side of the garden quadrangle is the quotation:

Quarry Bank Stevens Park is one of 87 memorials listed within our site. You can search for other memorials by entering your Town, Street or Post Code into the search box below: