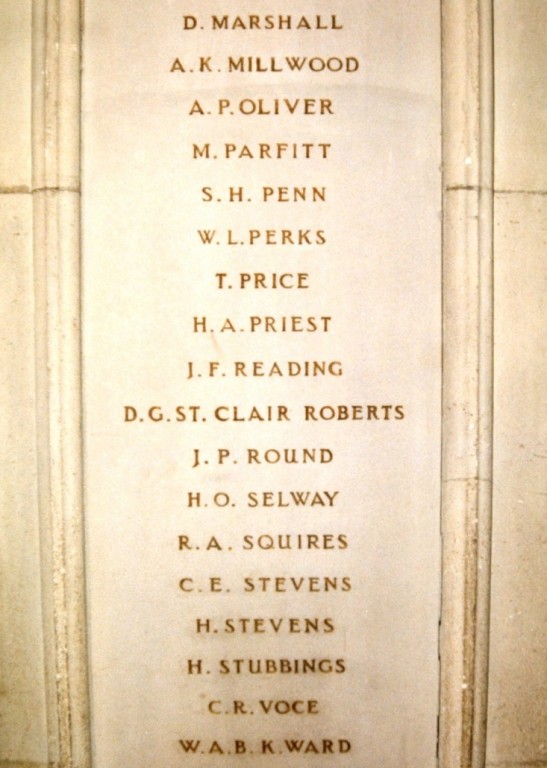 King Edward’s School’s Roll of the Great War contains the names of 502 men who served and of 57 who died. There was considerable delay in establishing a memorial but it was agreed by the Governors to use the opportunity to enhance the over-crowded school buildings as well as to provide a suitable memorial for those who had lost their lives. They died in many lands, including Italy, Egypt and East Africa, and came from far-away places like Australia and Canada as well as Amblecote, Brierley Hill and Cradley. The Roll includes one former master of the school.

The Hall was completed in 1931 and excavations uncovered a timber framed building dating from the original foundation. The Hall was dedicated with the names inscribed on two stone panels situated between the central windows. The window glass illustrates key figures from the school’s past and present, including the founding Hayley family, King Edward VI and King George V.

Stourbridge King Edward's School is one of 87 memorials listed within our site. You can search for other memorials by entering your Town, Street or Post Code into the search box below: