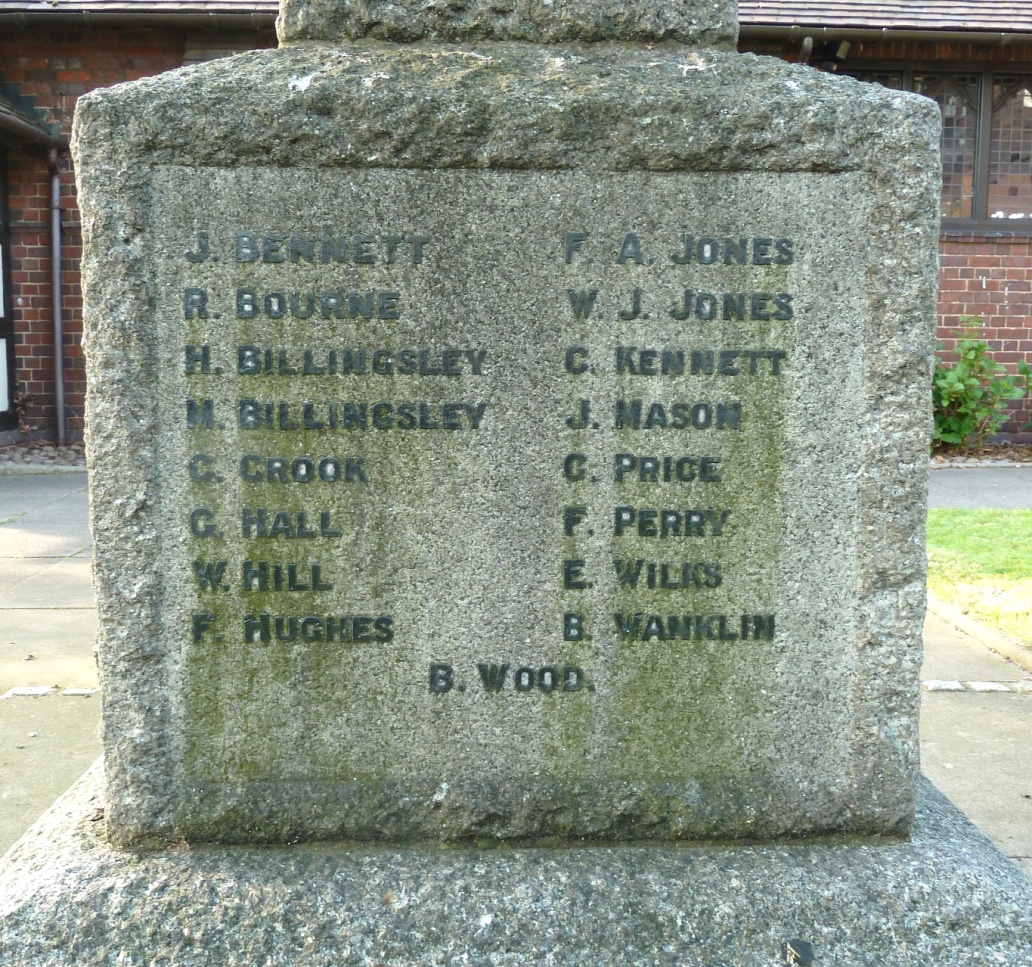 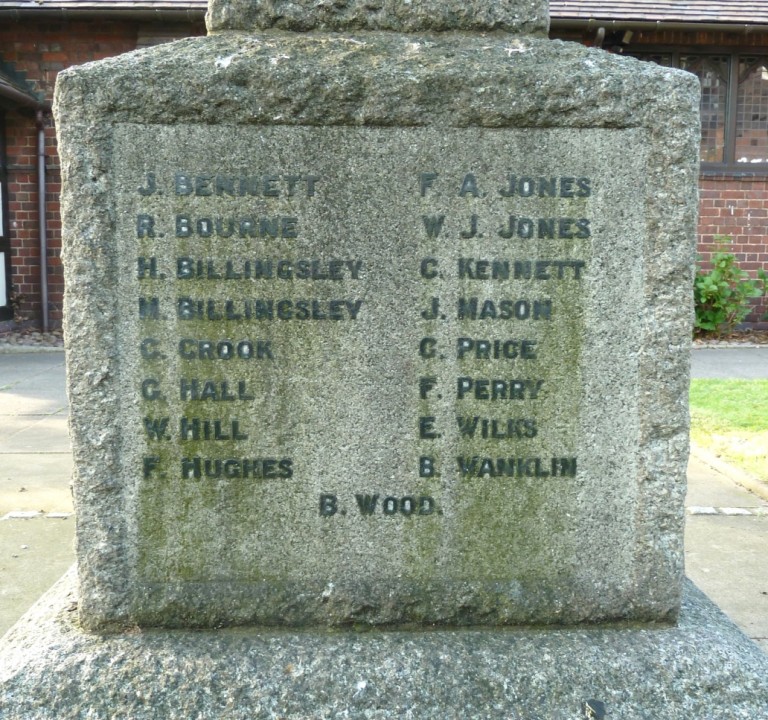 How to find Kingswindford Wall Heath

Wall Heath Memorial was erected by public subscription and placed at the top of Albion Street. It was later removed to the grounds of the Church of the Ascension. It consists of a sturdy pillar on a square base, all built of granite. One of the faces of the base commemorates 16 names, all but one of which also appear on the Kingswinford Memorial. Another face displays a wreath with the dates 1914-1918 and the dedication reads:

Kingswindford Wall Heath is one of 87 memorials listed within our site. You can search for other memorials by entering your Town, Street or Post Code into the search box below: