In 1918 the Urban District of The Lye and Wollescote represented an area which was proud of its industrial achievement and whose population in the 1911 census was just under 12,000. The memorial to the men of Lye and Wollescote was erected in front of Christ Church in October 1926. The builder was George Brown and Sons of Kidderminster who were also responsible for the Brierley Hill Memorial. The infantryman holding rifle and bayonet and standing on the top is Stanley Harley DCM, the same figure as at Brierley Hill.: Two hundred and forty five names were inscribed on three faces of the main pillar and five were later added at the base. One was inscribed in error and removed, making a total of two hundred and forty nine names. The fourth face carries the following dedication:

WHO AT THE CALL OF DUTY LEFT ALL
THAT WAS DEAR TO THEM, ENDURED HARDSHIPS,
FACED DANGERS AND FINALLY GAVE THEIR LIVES
TO THE MEMORY OF THE MEN OF THIS DISTRICT
THAT OTHERS MIGHT LIVE IN FREEDOM. 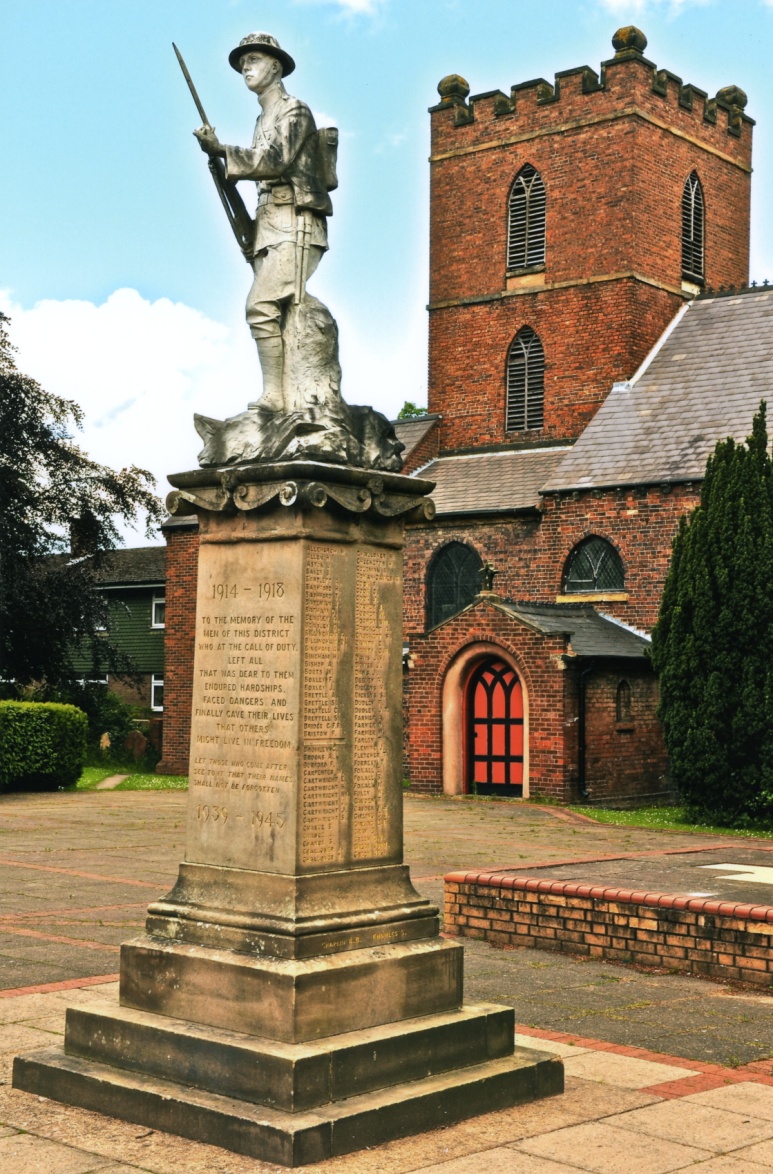 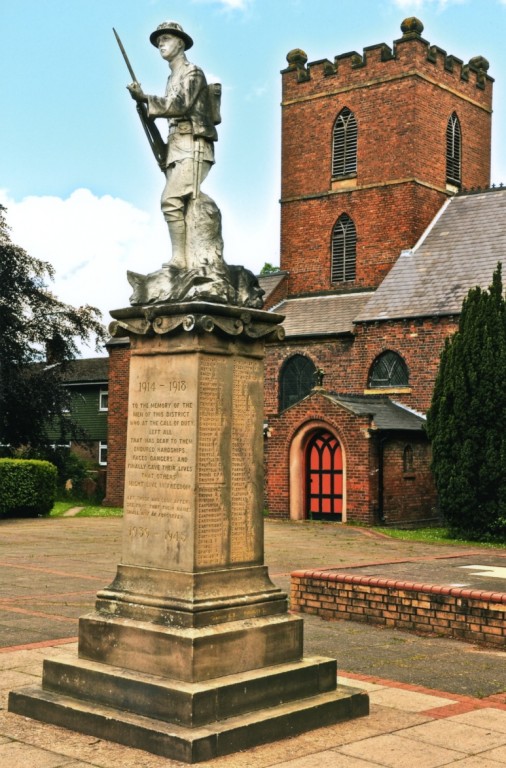 Memorials in Lye and Wollescote