Henry Byng was born at Wordsley but later lived with his mother at 25 Union Street, Stourbridge. He enlisted in the Worcesters before the war and served in the 4th Battalion at Gallipoli. He was transferred to the Machine Gun Corps and joined the 88th Company which fought alongside the 4th Worcesters in the 29th Division. When they returned to the Western Front they were sent to the Somme sector. They saw action at the start of the battle at Hawthorn Redoubt and again on the Transloy Ridges. The fighting died down in November, but there was always the danger from enemy shelling. Private Henry Byng was killed in action on the 27th November, probably from shell-fire. He was 24 years of age and is buried in the Guards Cemetery, Lesboeufs (9 P 3) and commemorated on the Stourbridge and St. Thomas's church Memorials. 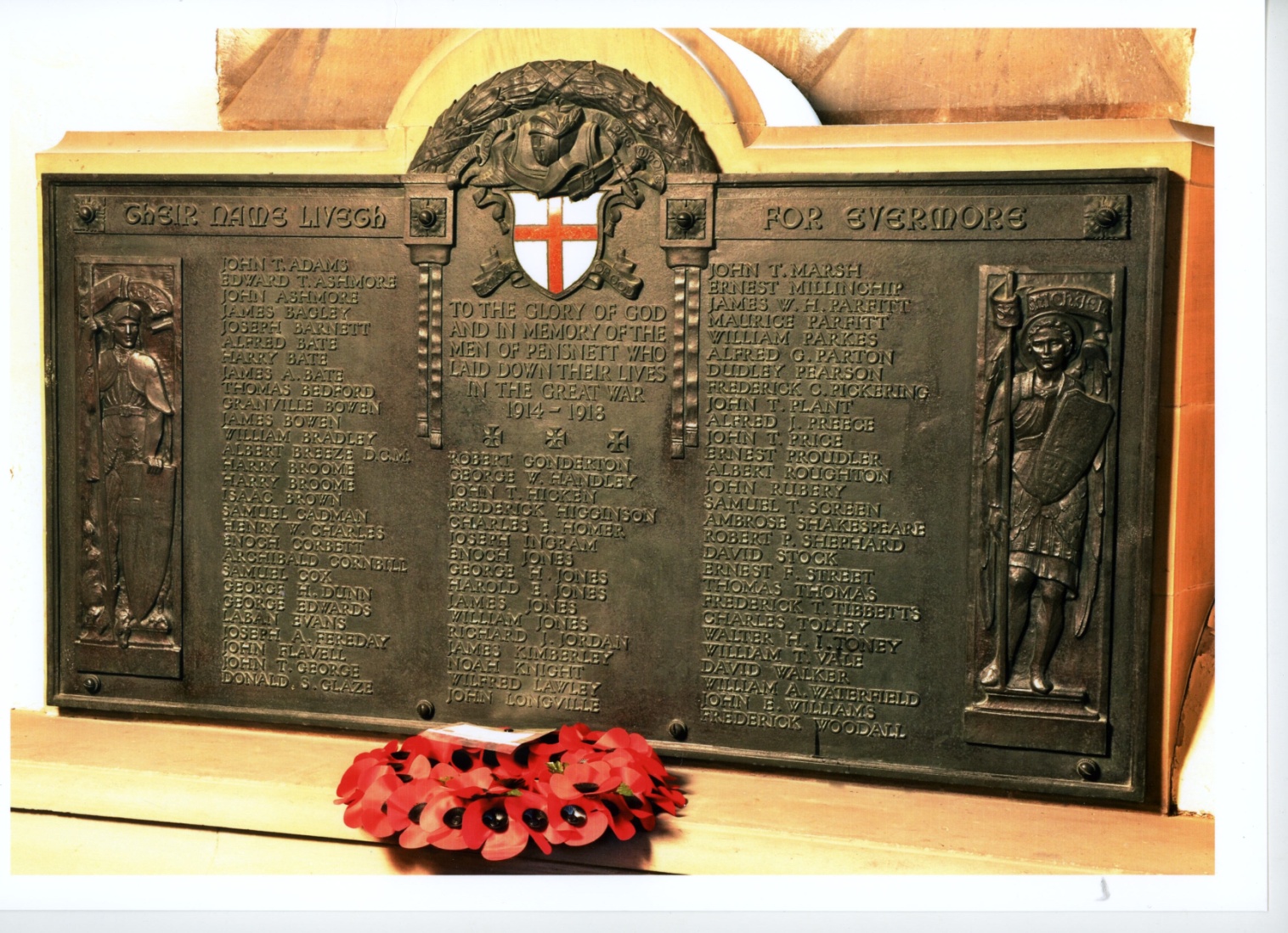 If you have information about Henry byng. or any of the Men & Memorials of Dudley we would love to hear from you. Simply fill out our online form with your details and we will get in touch with you to find out more.