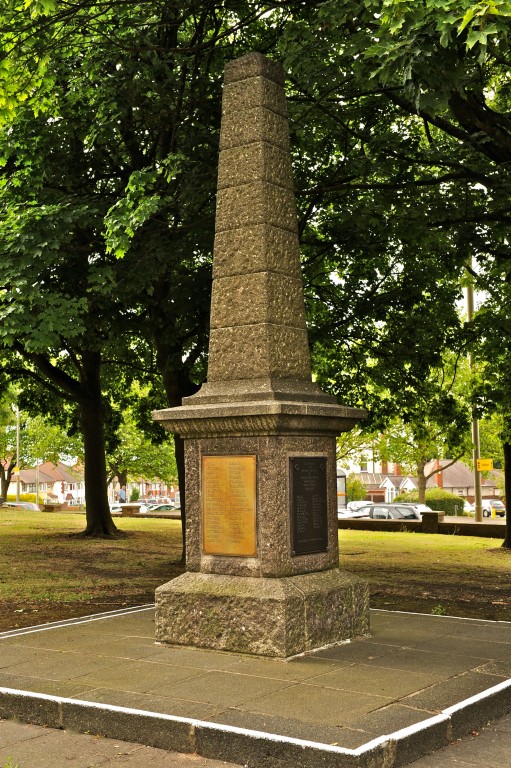 The Memorial for the Woodside Ward of Dudley is situated in the cemetery of St. Augustine’s church, Holly Hall. It was originally built beside Highgate Road but was moved into the churchyard when road widening took place in the 1970s. It commemorates men from the Harts Hill, Holly Hall, Scotts Green and Woodside districts of Dudley, many of whom are also named on the Dudley Memorial. It consists of a tall granite column on a square base. On the four sides of the base are bronze panels listing the names and on the fourth side is the dedication.

THIS MEMORIAL WAS UNVEILED BY THE MAYOR OF DUDLEY
COUNCILLOR T. W. TANFIELD J.P. ON THE OCCASION OF
THE VISIT TO THE BOROUGH OF
HIS ROYAL HIGHNESS
THE PRINCE OF WALES
JUNE 13TH 1925

Dudley St. Augustine, Holly Hall is one of 87 memorials listed within our site. You can search for other memorials by entering your Town, Street or Post Code into the search box below: