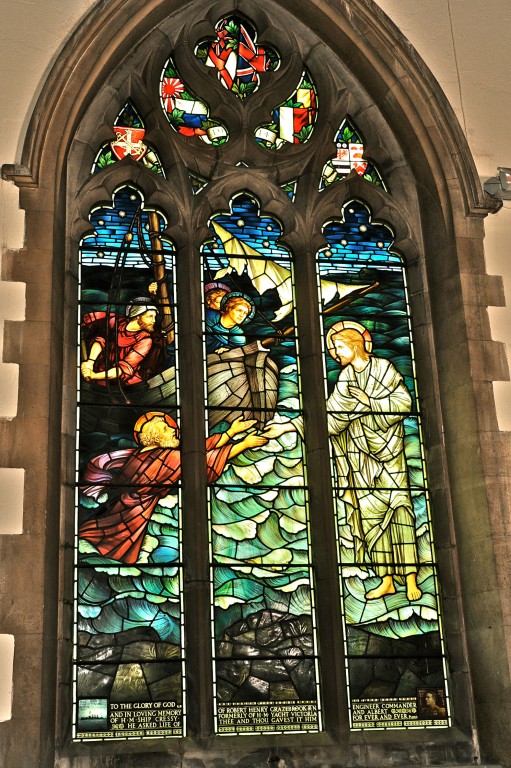 Six are wall mounted plaques, one is a stained glass window and another is a brass altar book stand. For over fifty years the original parish War Memorial stood outside the church in a small garden beside the main gateway. It was erected while the war was still in progress in 1917 and designed as a War Shrine. After 1919 it was converted into a War Memorial and its central panel records the names of 70 men who died between 1914 and 1919. Another 356 names of those who served their country in uniform and returned are named in the other four panels.

Given that the population of Oldswinford parish was estimated at 2,858 persons in 1914, this Memorial is a remarkable roll call of the men of Oldswinford. A second Memorial was produced in 1921 as it was convenient to have an indoor memorial and this brass panel is in the Lady Chapel. Both were designed and built by the Bromsgrove Guild. A few more names were added and corrections made. There also memorials to St. Mary’s Choir and to the St Mary’s Bible Class.

On the vertical post beneath the names is the dedication: 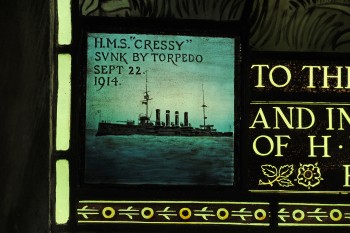 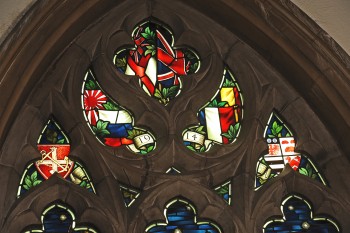 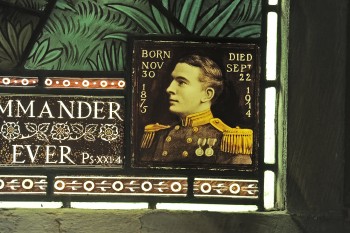 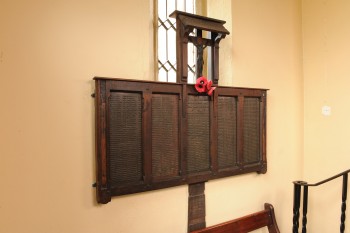 Stourbridge Oldswinford St. Mary is one of 87 memorials listed within our site. You can search for other memorials by entering your Town, Street or Post Code into the search box below: