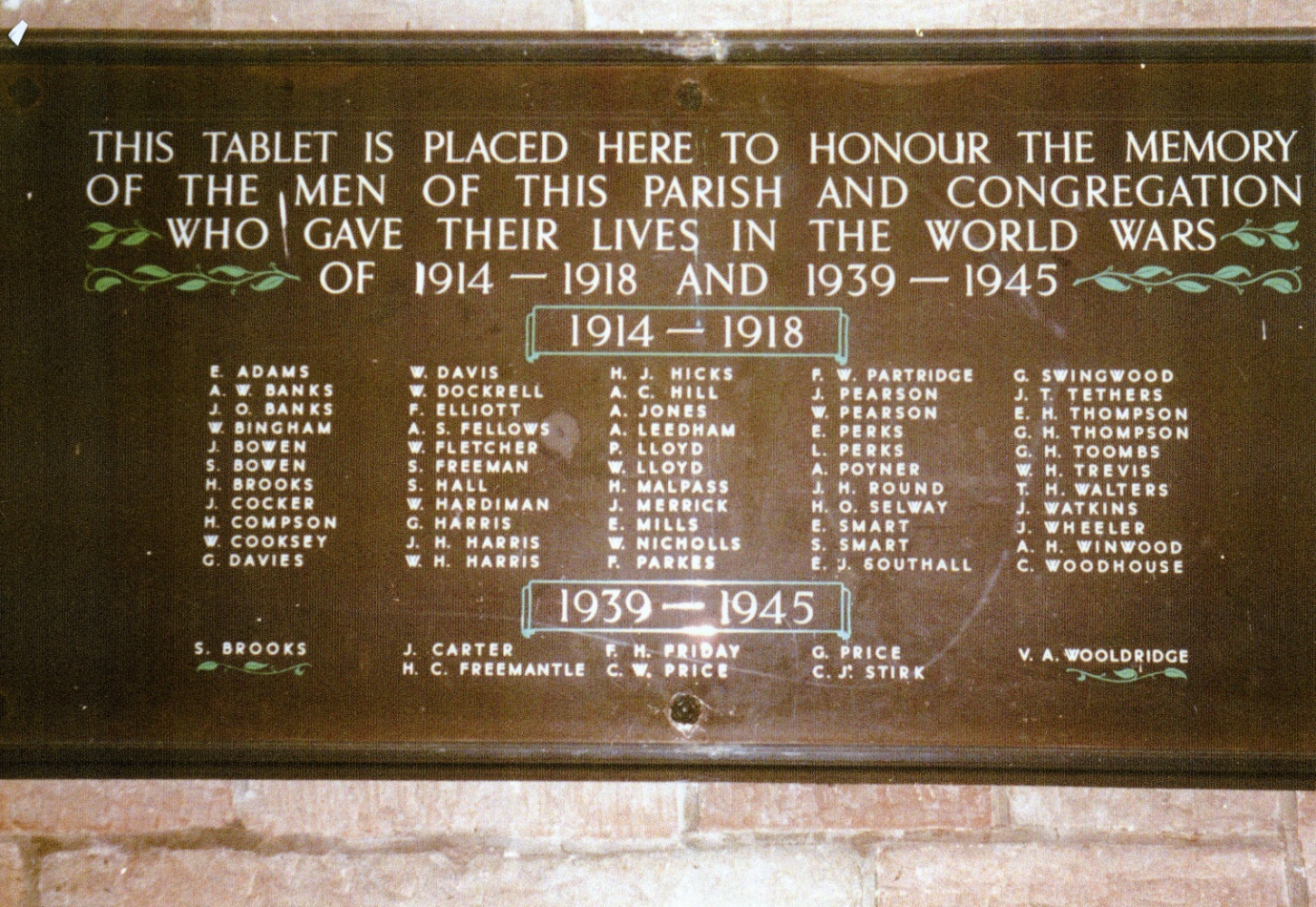 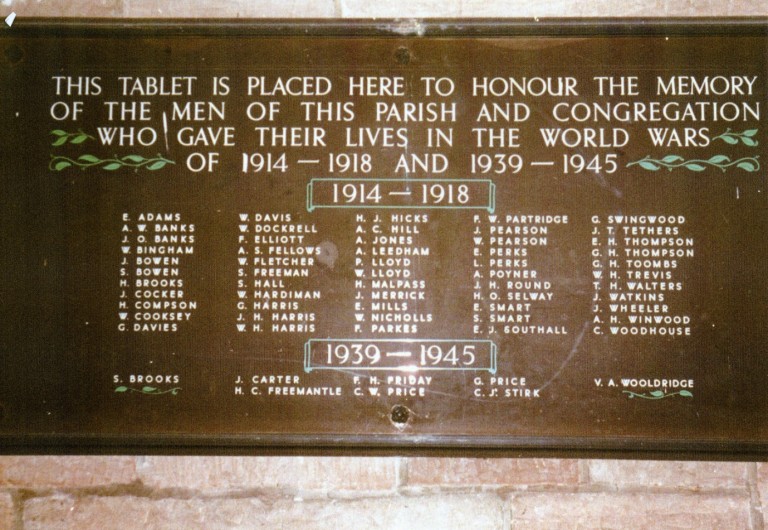 The wall plaque is situated on the south wall of the nave and has been adapted to include names form the Second World War. There are 55 names from the Great War. Two personal memorials are also located in the church. The Bishop’s chair in the chancel was given in memory of Trooper Jack Wheeler of the Life Guards who was killed in action in 1917 and a stained glass window was erected in memory of Second Lieutenant Arthur Fellows of the Worcestershire Regiment who was also killed in 1917.

Stourbridge St. John Memorial is one of 87 memorials listed within our site. You can search for other memorials by entering your Town, Street or Post Code into the search box below: