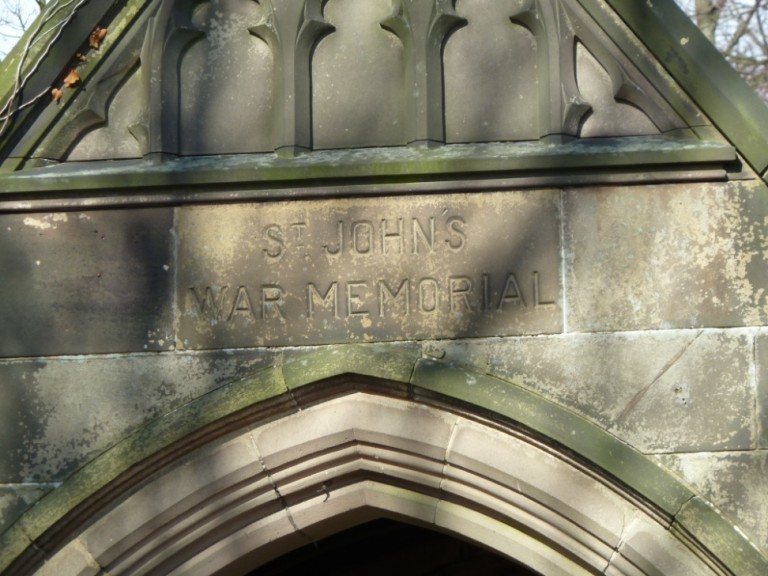 The War Memorial for the Kates Hill district of Dudley stands as a lych-gate leading into St. John’s church and was entitled St. John’s War Memorial. The names were inscribed on two plaques on either side of the interior. The names, in order of military rank, starting with Captain, include 6 officers, 20 NCOs, 2 Stokers and 29 Privates on the first plaque and 65 Privates on the second. Four men received gallantry awards, including Captain John Mould DSO. MC. who had been a school-master at Dudley Grammar School. Its poor condition led to the removal of the plaques and their rededication in the church on 7th April 1991. They have since been removed and the church closed. There are several commemorations of Great War soldiers in the extensive churchyard.

Dudley St. John, Kates Hill is one of 87 memorials listed within our site. You can search for other memorials by entering your Town, Street or Post Code into the search box below: