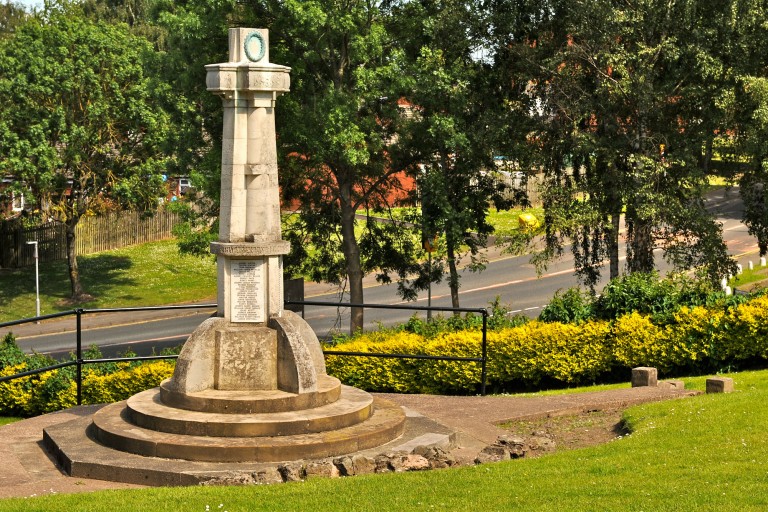 How to find Cradley Memorial

The war memorial is situated between St. Peter’s church and the old Cradley High Street. It consists of a four-sided column on a circular stepped plinth. On the top of the column is a short armed cross with the word Remembrance on one side and the dates 1914 – 1918 on the other. It was dedicated in January 1928 by Viscount Cobham and the architect was Stanley A. Griffiths, the mason C.R. Davies and the builder J.M. Tate and Sons. The four sides include the names of 106 men and two later panels below add a further 11 names, together with those of the Second World War. An inscription, which circles the column half way up, reads:

Cradley Memorial is one of 87 memorials listed within our site. You can search for other memorials by entering your Town, Street or Post Code into the search box below: